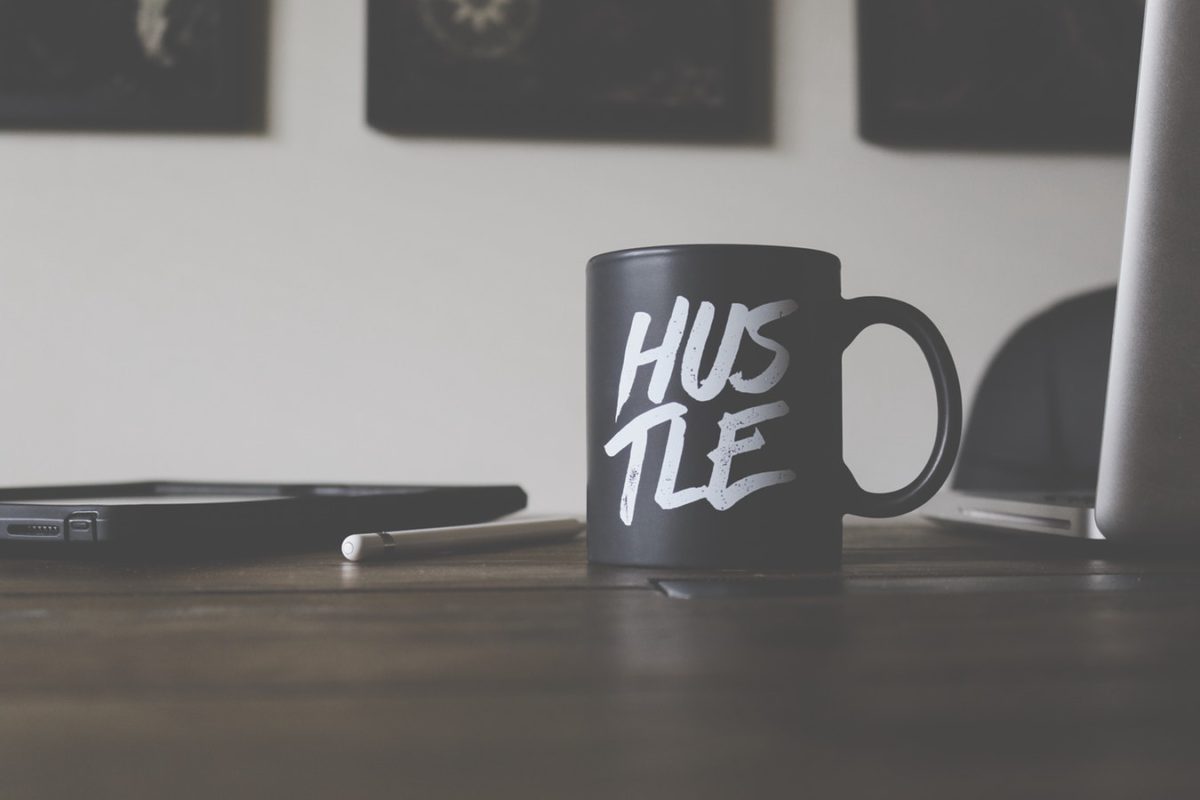 The rise of hustle culture: why millennials have become obsessed with work

Despite being stereotyped as lazy, entitled, and workshy, millennials are proving to be quite the opposite. A lot of young people are obsessed with working hard. But young people’s dedication to their work isn’t necessarily something to be lauded.

Many millennials are hyper-dedicated to their work – obsessed to the point of burnout. Erin Griffith, a journalist at The New York Times, wrote a revelatory and somewhat disturbing article about the rise of ‘hustle culture’ and how young people are driving it. Griffith asks, “When did performative workaholism become a lifestyle?”

Workaholism is an endemic problem in British work culture, so it’s not as if the glorification of working long hours is just something that pertains to millennials – all of us can be guilty of workaholism. Nonetheless, the rise of hustle culture among young people is curious, especially given the stereotypes of millennials we constantly see and hear being parroted. Moreover, the millennial obsession with work is quite unique, too, as this particular flavour of workaholism seems to be fuelled by social media, as well as ideas around entrepreneurialism and success that appeal to young people.

What is hustle culture?

Elon Musk, the founder of SpaceX and Tesla, is a business magnate and icon that millennials all over the world look up to. So when someone such as Musk, who has 24.7 million followers on Twitter, tweets that “nobody ever changed the world on 40 hours a week”, young people will pay attention. He was referencing the fact that if you want to work for Musk’s companies – SpaceX, Tesla, The Boring Company, and Neuralink – you can expect to work hard.

The SpaceX founder also noted how many hours you need to work to change the world: “about 80 sustained, peaking about 100 at times. Pain level increases exponentially above 80.” People on Twitter did react negatively to Musk’s tweets about overwork (since that’s what it is), stressing that working long hours does not necessarily translate into greater productivity or success.

When Musk flippantly says “pain level increases exponentially above 80”, he is not seriously warning against overwork. In fact, this kind of statement helps contribute to a culture that glorifies work-related stress and exhaustion as a sign of a strong and dedicated worker.

Hustle culture justifies burnout. It creates an atmosphere in which work-life balance loses all meaning. Work becomes life. Many millennials feel starved of meaning, lacking purpose, and desperate for some sense of identity that can ground them.

Young people will pursue certain lifestyles in order to deal with this gnawing feeling that something is lacking – they might become obsessed with travelling, CrossFit, yoga, meditation, being health conscious, fighting for social justice, so forth and so on. This may be a response to a quarter-life crisis, a juncture when people start to question their identity and path in life, looking for some golden ticket to lasting happiness.

The obsessions just listed can provide a real sense of meaning and fulfilment, if they are balanced maturely with other aspects of one’s life. But an obsession with work more reliably leads to negative consequences. Hustle culture puts work on a pedestal. It tells millennials that in order to gain a real sense of self-respect and self-worth you need to grind away, as that’s the only way you’re going to ‘make it’. If you’re not ‘killing it’ or ‘crushing it’ at work, then you’re lazy; just another lazy millennial.

Perhaps millennials are so afraid of contributing to negative stereotypes of their generation that they believe they have to rebel against them in the form of the other extreme, in the form of hustle culture. But when the pendulum swings in this direction, it spells a storm for the well-being of young people. Pressuring yourself to be a rise-and-grinder can lead to chronic stress, social isolation, burnout, anxiety, and depression. You lose out while the company you work for benefits. Hustle culture may give millennials a lifestyle they can boast about but the rewards tend to go to those at the top.

We can see the rise of hustle culture in terms of millennials’ fixation on productivity. Millennials are obsessed with productivity hacks, techniques that can help them to be more alert, concentrate better, and work for longer. Pro-hustling habits can include meditating, journaling, following certain diets, taking nootropics (smart drugs), playing brain games, or practising minimalism. On the other hand, young people commonly engage in less healthy habits in order to hustle more at work. These habits usually include drinking lots and lots of coffee, not taking a lunch break (or any break), losing out on sleep, and replying to work emails late at night.

Social media is certainly helping to drive this fervent, cultish attitude towards work. After all, social media can make us feel that we’re never doing enough or good enough. On Facebook and Instagram, we see people boasting about their successes and sharing X Factor-style sentiments about they achieved success. We notice all the approval and praise this generates and we start to yearn for the same. On social media platforms, we are constantly inundated with news about career achievements and fruitful business ventures.

We don’t tend to get updated about failing businesses, job rejection, precarious work, underemployment, or unemployment; nor do we hear about the psychological impact involved in the success stories. Social media encourages us to curate a ‘perfect’ (culturally-influenced) image of ourselves. This puts a lot of pressure on young people to live up to unrealistic standards.

When you spend enough time on social media, you unwittingly start to form a picture of what true success looks like. And success for many millennials is all about hustling, which is continually put on a pedestal, with all its downsides brushed under the carpet. On Instagram, people like to show off their hustle lifestyle, using hashtags like #hustle, #hustlelife, #riseandgrind, and #TGIM (Thank God It’s Monday). It’s a way for young people to help boost their self-image so that they can tell themselves and the world that they are highly motivated, purposeful, and successful. Of course, there’s nothing wrong with promoting motivation, purpose, and success but it’s the manner in which it’s promoted – and the outcome – that we should be concerned about.

Striving to become an entrepreneur and follow your passions is admirable. However, hustle culture is taking a serious toll on the physical and mental health of many entrepreneurs. Hustle culture has also convinced millennials that they should love their work and rejoice on Mondays, even if they don’t love what they do and dread Mondays. Social media has helped to contribute to a culture that venerates work, turning it into an altar to be worshipped, a new religion to follow.

The jobs market is highly competitive for millennials and this has most likely influenced hustle culture, with young people feeling expected to sacrifice their lives in order to achieve career success. This then leads to the Black Mirror-esque reality of work becoming one’s identity, which is bolstered by the hustler self-imaged created and perpetuated on our social media profiles. This is what many corporations are pushing for.

But this way of achieving self-esteem doesn’t serve young people. Hustle culture encourages millennials to believe that their value and dignity will only come from relentless work. And it’s the wealthiest few who are benefiting from the culture of overwork. It’s a sad state of affairs, though, because we know that long hours don’t improve productivity or creativity. Businesses would actually reap more rewards if they instilled work-life balance as part of their work culture.

It’s important that we realise just how detrimental hustle culture is for the well-being of both company employees and entrepreneurs. Millennials shouldn’t have to buy into the notion that self-worth or success is determined by how burnt out you are.

A wiser, more informed approach to work would lead to a culture in which one’s career is properly balanced with – and complemented by – other worthwhile aspects of life. We also need to enjoy a social life, be able to take care of our physical and mental health, and have time to dedicate to our interests, hobbies, and personal projects. When we are able to live more fully and freely as people, the benefits to our career will naturally follow.

Sam Woolfe writes for Inspiring Interns, which specialises in sourcing candidates for internships and graduate jobs. He is particularly interested in self-development, psychology, mental health, and the future of work. Most of all, though, Sam is passionate about helping people find work that is meaningful and fulfilling. You can follow him on Twitter and find more of his work at www.samwoolfe.com. 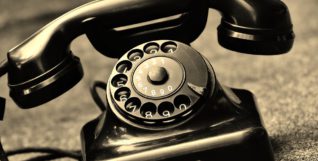 4 Things To Remember For A Pre-Interview Phone Call

They like your CV and want to know more, but aren’t quite ready yet to call you in. Instead, they call you up! 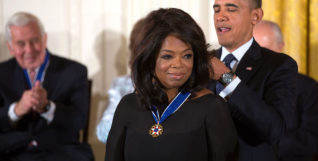 Oprah Winfrey, the self-made billionaire from humble beginnings, has launched herself to the highest rankings of success. Often deemed one… 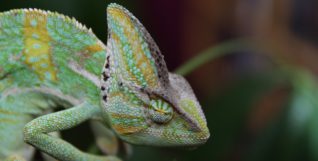 The Importance Of Sleep: Why Employers Should Respect The Snooze!

How much sleep do you get? Even if you’re someone that doesn’t feel a lack of sleep, bad snoozing might create sleeping habits detrimental to your well-being. It’s important to understand what sleep does for you and how much you need of it.