Society seems to blame Millennials for just about everything. From not being able to afford houses because they’ve spent their deposit on avocado toast to being named the laziest generation so far, heaping opprobrium  on Gen Y seems to have become a trend.

But what do the stats say?

A study from travel site Contiki found that Millennials prioritise activities over physical purchases, with 71% of 18-35 year olds saying experiences were the most important thing in their lives. Generation Z (those born between 1995 and 2012) take the stats even further, with 97% saying experiences are their main priority. Fair enough; if you can’t afford to own anything, you gotta get creative.

So what exactly are the post-1980s crew responsible for? We have apparently changed the face of how to live, becoming ‘generation rent’ instead of buying houses outright. Of course, Millennials only have themselves to blame, spending all their money on avocado toast. Our issues are in no way attributable due to crippling student debt, the events of 2008 and staggering property prices.

Over the last ten years there has been a significant shift in the way we like to shop. Old fashioned bricks and mortar are losing out to the online giants. Who knows? Maybe there will come a time when Oxford Street on Christmas Eve is a bearable place to be.

Poor Dolly Parton will be disappointed. According to Forbes, we are responsible for destroying the 9-5 working day. Instead we are more invested in job flexibility and prefer freelance positions.

Surprisingly, we’re also not as keen on taking holidays. Feeling guilty about taking time off has made Gen Y into ‘work martyrs’. How dare we want to work hard!

Traditional forms of taking images of yourself

If you hadn’t guessed it, I’m referring to the selfie. This terrible symbol of youthful iniquity, vanity and narcissism demonstrates just how obsessed Millennials are with how we look. If only we could go back to the days of good old film cameras, where taking a picture of yourself required a tripod, a flashbulb and a ready-to-hand dark room.

Millennials are labelled ‘Snowflakes’ because we are sensitive to words and their impact. We just want everyone to be nice to each other. How lame!

According to pretty much everyone, we’ve totally destroyed the traditional sit-down-and-get-to-know-each-other way of dating. While it’s perhaps a little true with apps like Bumble, Grindr and Tinder, we still do the face-to-face thing – just after we know her mothers maiden name and stalked every single ex-boyfriend on their Instagram profile.

The truth is, we’re broke and lazy. Filtering out the stalkers we’d rather not waste twenty quid on seems rather sensible. Besides, let’s face it: the majority of British first dates have always been getting drunk down the pub. That tradition’s not going anywhere.

Surely you’ve all heard your elders moaning about ‘the youth of today’. Apparently we stare into our phones and scroll through social media rather than actually interact with the humans around us. Just take your route to work or uni – do you ever speak to anyone or is it earphones in and staring out the window?

Every generation is different. Just as our grandparents bemoaned the post-war generation, our modern attitudes are mourned by those that came before. Life has different rules these days and society has changed. Rather than hope to live up to the outdated opinions of our predecessors, let’s change with it.

As part of our #12DaysBeforeXmas we bring you a lovely festive treat! By Emma Hannigan. It’s fast approaching that time… 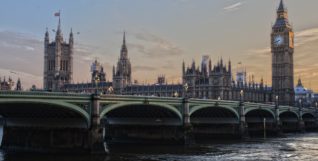 7 Top Tips For A London Fresher

London’s a world apart from the rest of the UK, and there are a few things that every London student-to-be should know before their move-in date. 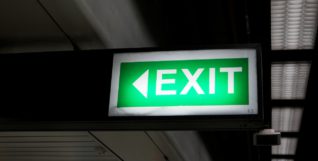 5 Signs That It’s Time To Leave Your Job

We’ve all had bad days at work. Maybe even a couple of bad weeks. It’s to be expected. But if you can’t remember the last time you had a good day at work, then it might be time to think about moving on.