How To Bond With Your Roommate

University’s an exciting opportunity: you get to follow your dreams, learn something new, and meet new people. But the last point may prove to be a tricky task.

It’s a typical scene. Your family drops you off at uni, you get to your room and unlock the door to finding someone else inhabiting your precious floorspace. Their stuff is in your drawers, their toothbrush is by the sink and yes, they have nicer bedclothes than you. Ladies and gentlemen, may I present to you your roommate.

This is the person who’ll end up being either your best friend or your deadly enemy. It depends on how you present yourself. First impressions do matter, so try to make a good one!

You know the basics of greeting a person who’s invading sharing your room: smile, say hi and shake their hand. Don’t underestimate the last bit. You’d be surprise at how much you can tell about a person from their handshake alone. You’ve probably heard before that a firm handshake means that the person’s confident, while a soft one shows lack of it.

Avoiding it or crushing your bones might be a red flag. They both mean that your roommate may not have your trust just yet and is either too shy or trying to intimidate you.

In such case, take the time to work up to a level of trust. Don’t forget that communication works both ways. Don’t get defensive and don’t give up if you’re not best friends from day one.

It was written earlier that you should make an effort. But don’t try too hard! Be natural at your work.

If you act like you owe something to your roommate, they’ll either take advantage of it or push you away. Treating a stranger like your best friend isn’t something most people do when they meet each other and it can cause more suspicion that it cures.

You’re a normal human being, not an example of the way a person should be. So don’t try too hard to impress with your actions. At the end of the day, if you don’t succeed at gaining your roommate’s trust, then it’s not your fault. You’ve done your best.

I’m not going to write about eyes being windows to one’s soul. But eye contact is a form of body language. And, just like handshakes, it can mean different things based on how it comes across

When you look into a stranger’s eyes, you’re inviting them into a potential conversation. You’re trying to let them know that you’re open to anything they have to say. Several researches support the notion that eye contact creates trust because you appear more truthful and likeable.

This happens because of something called mirror neurons. In a nutshell, they’re these magical neurons that project your emotions onto the other person as they’re watching you. Creepy, but it works. And mirror neurons are especially sensitive towards activation through eye contact.

If you’re too shy to do that, try to observe and memorise the other person’s eye colour. This task usually helps you maintain eye contact.

Determine boundaries from the very start

Respect is the basis of every healthy relationship. Obviously don’t start creating a timetable the second you’re in the room. Take the other person’s lifestyle into consideration.

Ask them what this flat’s like and how they’ve been living here while you were gone. Have they set some rituals for themselves? If so, adapt around them. Sorry to say, but they were here first. You can’t waltz in and significantly change their lifestyle and make it all about you.

At the same time, be reasonable. If their ritual consists of something you’re not fine with, let them know. If they’re looking for a good relationship with their roommate, they’ll be happy to make the stay comfortable for you.

Do you like to talk about yourself? Chances are, so does your roommate. Asking them personal questions will make them feel as if you care about them.

But don’t jump straight to personal matters. It’s important to progress slowly, start with something general and then get to more direct questions.

Google has countless articles on which ones to ask in order to get closer. But if you’re both into creepy stuff then play the eye contact game. Look into each other’s eyes for 10 minutes. British Psychological Society claims you may see something hallucinogenic happening.

This is a huge thing. No one likes displaying weaknesses because we’re afraid of what the other person may think of us. But you know what? Vulnerability’s great.

If you admit to feeling hurt, angry or scared, then your roommate’s going to like that. Not because of some sadistic quirk. But because they’ll feel that you’re someone who they can connect and open up to. People with vulnerabilities don’t seem like perfect demigods. Hence, it makes the other side feel less threatened by you.

Finally, don’t despair if it doesn’t work out. Your goal isn’t to be best friends with your roommate but to create safe grounds. Not everyone shall like us and wish to be our friend. However, do demand for respect. Without this quality, your university stay shall be a tough one. 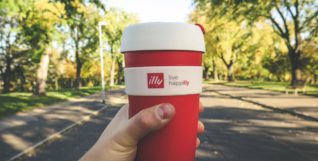 5 Ways To Go Green At Uni

With levels of plastic in the ocean set to overtake the amount of sea life by 2050, there has never…

Are you sick of the London gloom and doom? Tired of returning home with wet feet? Finding counting down the… 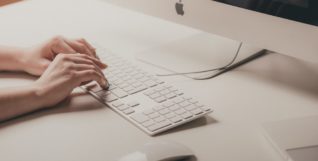 What Ruins a Good CV?

With competition higher than ever, your application needs to stand out from the crowd.  Not only do you have to…