Hallelujah! The four day Easter weekend is nearly upon us! If you haven’t made plans to escape the city and are looking to take advantage of the endless possibilities London has to offer then look no further. Below is a list of the top London Easter weekend attractions that are not to be missed!

Party. Utilise those two extra lie-ins you gain from this beautiful weekend to their maximum potential. Cross hipster territory and head to Dalston’s funky basement haunt, The Nest, for their Easter Thursday Special. With an intimately sweaty dance floor, a top dollar Martin Audio sound system and Maribou State (and Shola Ama) on the line up, this night is sure not to disappoint. Elsewhere, Trouble Vision are back and kicking off the four day weekend with a banger of a line-up at Corsica Studios this Thursday. With Deetron topping the bill and alongside other big tech and house talent it’s no surprise that tickets have already sold-out but this is a night not to be missed, so head down early and try and grab yourself one on the door. If you’re based south of the river then check out Secretsundaze’s Easter Thursday event at the Electric Ballroom, Brixton with Nina Kraviz as the headliner.

Sunday sessions. With no Monday morning alarm to haunt you, celebrate the Easter Sunday from morning to night with one of the many day parties hosted in the capital. There’s Fuse, the regular Sunday party providers with their Easter Rave at Village Underground, or for something a little special, the Kumasi Music Warehouse Party at I Can Studios. With a line-up that features Flashmob, No Artificial Colours and Jonny Cade alongside their faithful, make sure you’ve got a seat on the Kumasi rollercoaster.

Recovery. Cure your dirty hangovers with a greasy British brunch. Check out one of The Breakfast Club’s five London locations, or Bill’s with 6 locations across the city, there’s sure to be one of the two within crawling distance of your bed.

Race. This weekend also plays host to the Oxford vs. Cambridge Boat Race. Get a slice of the action by joining the crowds that line the four and-a-bit miles of the Thames between Putney and Mortlake this Sunday. If you have no affiliation, route for the underdogs Oxford! Not a fan of boats? Spitalfields City Farm is offering an alternative Oxford vs. Cambridge spectacle – the Goat Race. This event promises booze, gambling and other goat-related activities. Baa.

Chocolate. If, like me, you’ve been depriving yourself of chocolaty goodness (bar one accidental crunchy corner incident) for the past five weeks in the name of lent, this weekend is your time to rejoice. Do as I intend to, and gorge. Take a visit to some of London’s finest chocolate shops including Rococo, William Curley and Paul A Young (creator of the Marmite Truffle!), or get back in touch with your childhood this weekend and get together a group of your mates and opt for a traditional Easter Egg Hunt.
If chocolate doesn’t do it for you but you’re still after some sweet-satisfaction, head to ‘Sacred Tarts’. This pop-up cake shop at Bart’s Pathology Museum marries the two key themes of Easter; tasty goods and religion. Sample exciting Easter alternative delights from experimental and imaginative food makers and bakers, including Mama Jamma Cakes, Robin Collective and Tattoo Cakes, as they explore a darker edible side of religious symbolism.

Exercise. After all the excessive drinking and general gluttonous indulgence, a little bit of exercise is probably advisable. Get involved in the ‘IBikeLondon Ride East(er)’ and head down to St Paul’s Cathedral this Saturday morning. A relaxed, sociable opportunity to explore the East-End over a two hour, 20km route (for all abilities) and it’s free!

Explore. Alternatively, use these God-given days to see the bits of London that you’ve never paid full attention to. Whether it’s taking a trip on the London Emirate’s Cable Car, checking out the view from The Shard or visiting the penguins at London Zoo; take the time to appreciate just how wonderful our big city is.

Chill. And if the weather is getting you down too much why not pop to the cinema? We suggest checking out Trance this weekend which comes highly recommended by Inspiring’s Marketing Manager Andrew: Trance is an ambitious, captivating film from Danny Boyle that barely pauses for breath over its hour and 40 minute running time. We open with an art heist, where auction-house insider James McAvoy double-crosses his gang bosses, failing to deliver the multi-million pound painting he has stolen. In the subsequent commotion he receives a blow to the head and claims he is suffering from amnesia – and cannot remember where the painting is. The answer is to turn to a hypnotherapist (Rosario Dawson) to tease the memory from his damaged mind. Time becomes fluid as we slip between reality, McAvoy’s memory and his imagined memory. What is truth, what is fiction, and who can we trust? Sitting somewhere between Inception and Memento, Boyle poises some pretty mind-bending questions against a dark and at times violent background – making for a very watchable, intriguing film. Made while Boyle was working on the Olympic opening ceremony, he has said that “all the dark stuff we couldn’t put into the Olympics has ended up here”. Which on its own is probably reason enough to see it…

Whatever you decide, enjoy yourselves, stay safe and do let us know what you get up to!

Hannah is a Digital Marketing Intern at Inspiring. She tweets about all things golden here: @hlcroberts and pins all things pretty here: gildthelilly. 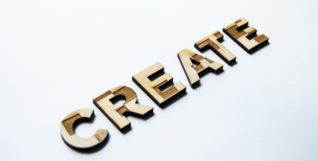 Are you as creative now as you were when you were a child? For many people, the answer is no. As… 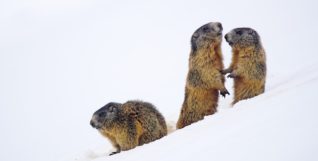 An Introvert’s Guide To University

If you are an introverted soul who thrives in smaller groups over large gatherings, fear not; student life is finding the balance between socialising and figuring things out on your own. 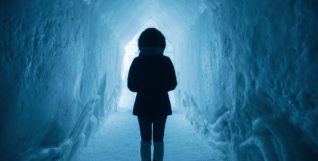 18 might be the age you grow up legally. But it’s only once you finish uni and start work that you really start feeling like an adult.