6 of the strangest things ever sold on eBay

Do you need to raise some extra funds for your Christmas shopping? eBay is a great place to auction off unwanted things whilst also clearing some space!

You can sell anything on eBay from clothes that no longer fit to old unwanted furniture. There are also some very unusual things up for sale on the site, many of which have received some astounding bids.

Take a look at some of the strangest things we came across:

I know not everybody is a fan of Twilight but this vampire killing kit it taking it to the extreme! The kit contains everything a Van Helsing wannabe would need from a crossbow with four silver tipped arrows and an ebony wood stake to a large bottle of holy water and some surgical instruments. The buyer paid a whopping $4,550 for it! Twihards don’t fear, R-Patz is still at large so they haven’t got to him yet…

The Chadwick family of Salem, Massachusetts opened a bag of Doritos to find a crisp that resembles the Pope’s Mitre. So what did they do? They put the crisp on eBay! The most ridiculous part is that someone actually bought it for $1,209. Crazy…

A company in Brazil claimed to have invented the first ever UFO detector. Instead of telling experts and the media about the historical breakthrough, they decided to stick their creation on eBay. One buyer even forked out $135.03 for the privilege of owning the world’s most useless object.

almost everything reminded him of his wife who left him after five years of marriage. His life included his three-bedroom home in Perth, his car, his dog, a trial run at his sales assistant job at Jenny Jones Rugs and an introduction to his friends. The winning bidder only paid around £200,000. Ian used the money to move to Panama with a list of 100 goals to achieve in 100 weeks. According to the Sydney Morning Herald, his goals included; running with the bulls in Spain, cage diving with sharks in South Africa, having a workplace romance, joining the “mile high” club, learning to fly a plane, skydiving nude and even getting a small part in a Hollywood movie.

The seller, Teajay101 put the ‘ghost in a jar’ on eBay after he became haunted by it and wanted rid of it. He claimed that he “would not be held responsible” if the “black thing” escaped the jar, and that “all sales are final.” People went crazy for the jar and after numerous bids, the auction ended seven days later at a whopping $50,922, but unfortunately the winning bidder did not pay.

The imaginary friend of a UK man was not only put up for auction on eBay but was sold for over $3,000 dollars! Not sure who was crazier in this story, the seller or the buyer? The image provided with the auction was a blank space in a room which described the imaginary friend whose name was Jon Malipieman. The man that sold Jon said that he was selling him because he felt like he had grown out of him. In the description of the product the seller made the following statement: “My imaginary friend Jon Malipieman is getting too old for me now. I am now 27 and I feel I am growing out of him. He is very friendly. Along with him, I will send you what he likes and dislikes along with his favourite things to do and his personal self-portrait.” Amazingly Jon Malipieman got 31 bids!

What strange things have you come across or put up on eBay? Let us know by Tweeting @InspiringIntern with the hashtag #eBaygonemad.

We will pick the best and send you an Inspiring hoodie to keep you warm in the plummeting weather! 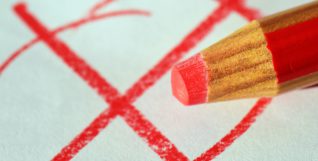 General Election 2017: Who Should Young People Vote For?

With each party campaigning for your vote, here’s a quick rundown of where each of the 3 main parties stand with regards to their policies aimed at younger voters, students and graduates. 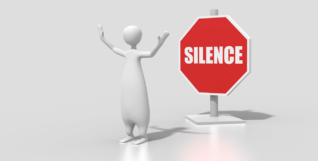 Thank you family, friends and society for the ‘advice’, but many of your opinions are nothing but stressors. Here are a few phrases graduates would love not to hear again anytime soon. 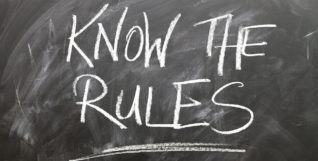 10 Student Habits You Need To Drop (But Probably Won’t)

Living in a bubble surrounded by similarly-struggling students, bad habits are easy to pick up. I’m talking about eating cereal for dinner, getting back into bed after the dreaded 9am and binge-watching an entire Netflix series just as dawn is about to break.