It was announced this week that Chris Moyles is leaving the Radio1 Breakfast Show and Nick Grimshaw is stepping in as the new host. So what do we know about this new early morning voice? Firstly, he is friends with the likes of Agyness Deyn, Pixie Geldof, One Direction’s Harry Styles and many more of Britain’s hottest young celebs. Secondly, after graduating he moved down to London in 2006 and completed an internship at MTV. Poised to take on the second most listened-to radio show in the UK at only 27 this isn’t bad for career progression!

We have rounded up a few other well known celebrities that started out as interns:

At just 17, Spielberg bagged an internship in Universal Studio’s purchasing department. After showing the studio’s executives one of his early films, they signed him on a 7-year contract. How is that for proving your value?

Perhaps the most famous intern in the world! Lauren turned her internship at Teen Vogue into reality TV show, The Hills where people tuned in to see her jet off to glamorous photo shoots and follow her relationships. Lauren put celebrity interns on the map!

Before his Oscar winning performances in Philadelphia (1993) and Forrest Gump (1994) Tom started out as an intern for Great Lakes Theatre Festival in Cleveland. His internship gave him hands on experience in theatre, from lighting to set design to stage management. After his internship he played ‘Proteus’ in Shakespeare’s ‘The Two Gentlemen of Verona’ which won him the Cleveland Critics Circle Award for ‘Best Actor’.

The talk-show host’s big break came in the form of an internship at WLAC-TV, a CBS affiliate in Nashville.  After a successful internship period, Oprah was given a permanent role as an anchor. She was not only the youngest, but the first ever African-American female news anchor. Go Oprah!

Before creating his own clothing lines, accessories, cosmetics and fragrances, Tom interned in the press office at Chloé‘s, the famous French fashion house.

Dick Cheney was the 46th Vice President of the United States under George W. Bush. His political career began in 1969, as an intern for Congressman William A. Steiger during the Richard Nixon Administration. He eventually worked his way into the White House.

Before Chloe become a star and trendsetter, she was Sassy magazine’s first fashion intern. The internship led to a number of modelling gigs and eventually into acting.

So what are you waiting for? Get applying now to kick start your career. You don’t know where it could lead! 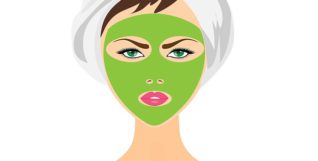 6 Small Ways To Look After Yourself At Uni

Uni can be a slog at the best of times. Be kind to yourself and make the experience as relaxed as possible. 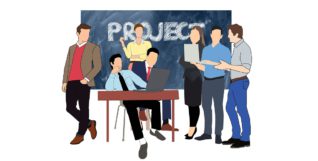 Should You Intern? The Pros And Cons

“Every employer wants you to have experience but no one will give you the experience.” It’s a sentence many graduates will say and hear in the months following graduation. Often, the only answer to this conundrum is to pursue an internship.

Your guide to the spring bank holiday weekend in London

May’s great isn’t it? When we’re still reminiscing over how much fun we had two weeks ago on the last…