How to move on from rejection

It’s a funny thing, rejection. It can set you back a long way. After spending many weeks in my final year of university, pointlessly applying to jobs that I was not qualified for and didn’t want to do, I finally came to realise that it is about the quality of your applications not the quantity. Each job application should be tailored, aimed specifically for that job role and emphasising exactly how you meet the person specification. I only apply to jobs now that I absolutely 100% want to be doing.

I know all the rules. I’ve applied to enough jobs by now to know exactly how it’s done. So when I applied for an internship at The Guardian I was incredibly hopeful that I would at least get an interview. Having received the generic rejection email a few days ago, it’s clear that I did not. The email states that I am unable to reply, and unable to ask for feedback – leaving me with no idea where I went wrong. Obviously, as we all keep hearing, the jobs are very competitive, but you have to wonder what it is that is making other people stand out when you get overlooked?

During an assessment day at an advertising agency last year, us interviewees were waiting to go in for our second interview when the conversation got round to what other interviews everyone had coming up. It was graduate scheme season in advertising, and we were all comparing applications and stand-out tricks. I remember this one girl telling me that she had got an interview by sending her application by courier, in a shoe box with an old shoe so that – and I quote – she could at least get her foot in the door. Now, if I were a recruiter, that would scream cliché, desperation as well as the fact that the girl is obviously rich enough to send every job application hand-delivered by courier. But hey, it’s not my advertising agency.

But, not every recruiter would have given shoe-girl (as I so fondly call her) an interview, and not every interviewer will want to see a job application that perfectly presents and ticks every box of the job description. Maybe in a bid to show off my skills and make them obvious and clear to potential employers, I have made applying for jobs a science, stupidly believing that I have found the formula that will get me interviews. But it’s not that simple, really, or we’d all be doing it.

In the end, I guess that’s the point. The graduate job market is tough, and as much as we don’t want to face this reality, there really are tens of people going for every job advertised. If everyone applied in the same precise and organised way that I did then it becomes much harder to distinguish between them. Job applications aren’t a science, they aren’t even an art or a talent. Ultimately, they are down to luck.

You need to be lucky to have figured out exactly what skills the job really requires. Lucky to have that little bit of previous experience that you happened to mention to tick that invisible extra box. Lucky to have the recruiter read your application just after their morning coffee, and just before reading all the others the same as yours. Lucky to have someone who finds you readable, who relates to your experience, who can follow and be drawn into your narrative. Or just lucky to have found someone that finds your old shoe-in-a-box routine original and enjoyable.

But if job hunting is just about luck, then shouldn’t we be trying to increase our odds? Surely we should play as many hands as possible, on the off-chance we might just get lucky. Logically, it makes a lot of sense, but I don’t think it’s the way to go. Better to play the hands we know, the ones we have faith in to do well and can follow through on even when the house raises the stakes. Gambling analogy-aside, it’s important that we keep focused and channel this passion and self-belief into our job search so that when we finally reach our goal, and finally find ourselves in a graduate job, that it is still absolutely the job we always wanted. 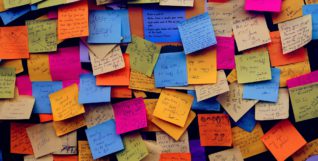 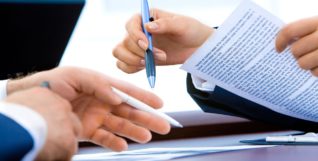 How to build good relationships with recruiters

You may think of recruiters as bodiless voices at the end of the line, pestering you about vague job opportunities… 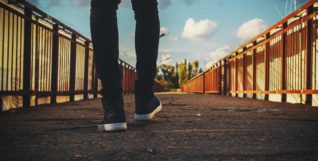 Leaving a job can often be a bittersweet experience, particularly if you’ve been there a long time and have colleagues…