It’s officially that time of year. The first door of your advent calendar is open, everybody’s seen the Coca-Cola advert, and you’re beginning to consider taking drastic measures against that Facebook friend who has been counting down the days until the 25th December via status update since September. I suggest you at least remove them from your news feed, for your own sanity. The town lights have been switched on since the middle of November, and you’re beginning to wonder how on earth you’re going to tackle the yearly problem of Christmas presents on a minimal budget.

Never fear! I’ve got some tip top ideas that will hopefully ensure that your nearest and dearest get lovely gifts, and that you can still afford to pay that dreaded winter heating bill.

Who to buy for?

Okay, I know this is tricky. You want to buy everybody in your life a present but you really can’t afford it, and are worried that somebody is going to feel left out. Discuss this with your friends before hand! Chances are they’re feeling the same, and you can both agree that you won’t be buying for the other this year. Alternatively you could arrange a ‘spend no more than a fiver’ Secret Santa between your group, or you could cook a Christmas dinner together. Similarly, you are under no contractual agreement to buy your first year flat mate a box of overpriced chocolates because you occasionally nabbed their milk for a cuppa. You’re in third year now. You no longer speak. Let it go.

It’s around this time of year that voucher sites such as Groupon, kgbdeals, and Living Social really come into their own. These websites are absolutely fantastic for finding presents for your immediate family, or your other half. There are a huge number of different deals every day, from supercar days to afternoon tea.

You know those slabs of delicious fancy chocolate that you get from even fancier chocolate shops? They’re easy as anything to make. Pour melted chocolate in an appropriately shaped tin, then decorate with chopped nuts, more chocolate, whatever you like, cool, and then package it up in cellophane with a homemade gift tag. Simple, thoughtful, and you get to lick the bowl!

This requires your time rather than your money. Create a booklet of vouchers for different household tasks such as cooking a slap up meal, cleaning the bathroom, or walking the dog. It’ll earn you countless brownie points and won’t cost you a thing.

Every year I buy my Dad a goat for Christmas. Occasionally some textbooks. One day I might even be able to afford a well. Scrap presents, and spend the money on a charitable cause instead. It’s a much better use of money than Boots vouchers. Charity shops do great Christmas cards and little fair trade gifts too.

It isn’t an exhaustive list, but hopefully these few ideas will spark your imagination. Homemade gifts are always going to be a winner in my books; infinitely more thoughtful than anything you can buy in a shop and cheap to boot. Merry Christmas!

If you want to write a blog for us then email marketing@inspiringinterns.com 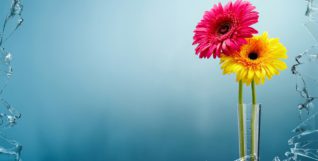 4 Ways To Transform Your University Room Into A Home

Moving into halls can be an exciting move in your life. Still, the thought of leaving your cosy bedroom at home and being welcomed by cold, bare walls of student halls can be somewhat daunting. 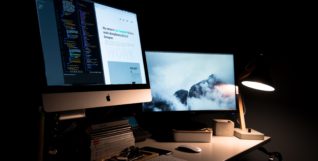 4 Things You Should Know About Web Building and Design

Within a matter of seconds of landing on your website, users have formed a judgement about your company. As a…