Hello readers and welcome to yet another instalment of Inspiring Interns around the globe! The more astute of you may have already guessed, but this blog is all about the jewel in the South America’s crown and third largest country on the continent; Peru!

Our first port of call was the northern beach setting of Mancora, a popular hangout amongst travellers where we tried the traditional dish of ceviche (raw fish with lime juice). Being the culture vulture that I am, I enjoyed this delicacy but it wasn’t for everyone, with Tom preferring his burger and chips. We spent five days at the coastal town learning how to surf/cutting ourselves to pieces on the shallow rocks, as well as getting to the semi-finals of a hostel ping pong and beer pong tournaments. We also spent two days volunteering at a school and an orphanage for disabled children who had been abandoned by their parents. It was a really fantastic experience,painting with the children and teaching them stuck in the mud and it was good to know that they’d had as much fun as we had.

We left Mancora with heavy hearts as we’d met some really great people there, but on 8th June we headed south to Lima. We only spent one night in the capital, and decided to take in a day of museums, unfortunately we became side-tracked and ended up searching the various shops for t-shirts with Peru puns on them… we didn’t find any that met our high standards.

We left Lima dejected and t-shirtless (not entirely true as we still had all the t-shirts we’d taken travelling) and headed for the desert oasis of Huacachima on 10th June. Set in a valley surrounded by sand dunes, it was an amazing sight to behold. We decided to rent a pedalo one afternoon and what began as a leisurely paddle around the lake in the basin of the sand dunes, soon turned into a time trial between Tom and I, to see who could pedal and navigate the craft round a series of buoys, whilst their opponent timed. I beat Tom by 6 seconds; a country mile considering the size of the course. We returned the pedalo sweaty messes, and then took on our next activity, sand boarding and dune buggying at sunset. Having never snow boarded, skate boarded or skied before, I decided I was ready to go straight into sand boarding. Whilst everyone else lay on their stomach, Tom and I went down standing up on our planks of wood, down near vertical sand dunes. After watching the first girl in our group go down upright on her board effortlessly, Tom and I followed. I made it down unscathed, following the mantra “slow and steady”, Tom on the other hand attempted to break the sand speed record and paid the price when he bailed halfway down. He stood up a couple  of seconds later, severely bread crumbed from the sand. After admitting to the group he blacked out for a few seconds, we were then told that the lady who went down first in our group was a snowboard instructor from Canada. We all laughed whilst Tom tried to remember what year it was and who the President was.

Our next stop in Peru was the town of Arequipa, where we discovered a new passion of ours; trekking. We decided to do a two day hike of the Canon de Colca, the second largest canyon in the world behind the Grand Canyon. The trek was a lot harder than anticipated, walking for seven hours a day on rough terrain with inclines and declines. The walking was particularly hard as I had bought shoes that were two sizes too small two days prior to the trip, making it a less than pleasurable experience. The views made up for the pain though, and seeing the condors fly through the canyon was an incredible sight. After the canyon trip I managed to persuade Tom to indulge in some local customs and instead of his usual “hamburguesa con patatasfritas,” to order an alpaca burger, a choice that neither of us regretted. One afternoon was spent in the museum of ‘Juanita the Ice Princess’, a young Inca maiden who had been sacrificed to the Gods, five hundred years ago at the top of one of the volcanoes surrounding Arequipa. She had been discovered in an expedition in recent years and had been well preserved due to the ice.

Our penultimate stop in Peru was the ancient Inca capital of Cuzco, sitting 3300m above sea level. The town is overrun by tourists due to its close proximity to the ‘lost’ city of the Incas, Machu Picchu (MP), ‘discovered’ by Hiram Bingham in 1911. Prior to our trip to MP, the history graduate in me forced Tom to yet another museum; the chocolate museum! It was very hands on history and we were forced to try numerous chocolates, as well as read how ‘healthy’ chocolate actually is and that it definitely doesn’t make you fat. Perhaps due to the amount of sugar in our blood, Tom and I decided it would be a good idea to invest in Peruvian haircuts and earrings. We decided to opt for a Pat Cash/Boy George/Mr T peacock feather which received its fair share of admiring glances. After having a steady fix of chocolate and looking slightly more bird like, we felt we were ready to begin our trek of MP. Beginning on 19th June we started our four day jungle trek andspent our days mountain biking, zip lining, rafting and occasionally walking. At 4am on the 22nd June, we began our one hour trek to MP, where we were lucky enough to be in the first four hundred people to get to the entry gates of the ruins, and as a result were given a stamp to climb Wayna Picchu (WP), the mountain that overlooks MP. The Inca ruins lived up to all expectations, and you could rightly see why they are a modern wonder of the world. I especially recommend arriving early and getting the stamp to climb WP, which although can be quite a demanding climb, offers incredible views of the settlement.

On our arrival back to Cuzco, Tom cracked and took out his earring, giving me victory in yet another endurance event in Peru, after the pedalo.

After spending nearly a month in the country, we felt that it was time to leave Peru and travel into its neighbour, Bolivia. We had heard many mixed reviews regarding the border between the two countries, primarily that it was shut to buses due to protests and roadblocks at Puno and the crossing at Lake Titicaca. Living by the Dr Pepper slogan, ‘what’s the worst that can happen?’ we decided to risk it and took a bus down to the border on 25th June. After a reasonably uneventful journey, the bus slowly ground to a halt mid-morning. A back log of over 50 lorries greeted us, and after walking towards the front of the queue, we found the reason;a roadblock approximately half a metre high compiled of mud, rocks and some spikey plants, with a number of locals standing strong in front of it. After an hour of nothing, the go ahead was given by the leaders of protesters, and the road block could be removed. It wasn’t quite the watershed moment that the fall of the Berlin Wall provided, but it certainly felt like it at the time, as we mucked into remove the rocks and spikey plants. We all got back onto the bus thinking that was the end of the problems, but five minutes in we encountered yet another blockade with even more spikey plants. After more deliberation between the protestors we were able to dismantle this as well, allowing the bus to pass through once more. This series of events continued for a number of hours and we eventually gained our Bolivian entry stamps that evening. It had been a long day, but we were through and Bolivia was now our oyster.

Tune into the next blog to hear how we’re doing in Bolivia, where we defy death a number of times and I have an epiphany.

Anyone who wants to make me look popular on Twitter, follow @therealjonnyl – I’m starting to understand it now and thus using it more and more. 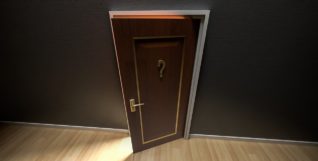 How To Spot Hidden Opportunities in the Arts – And Grab Them!

Truth is, there are many, many things we can do to fill the gap while we wait for that publisher’s answer or that agent’s email. The trick is finding these opportunities and not being intimidated or put off by their nature. 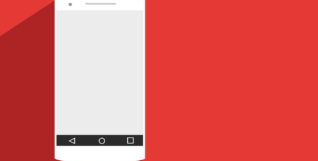 App Your Way Through University

All those lectures, seminars and classes – not to mention the social element! Wouldn’t it be nice to be able to clone yourself to fit it all in? Unfortunately cloning isn’t available, but with the advancing technology there are plenty of cool apps and programs to make life just that little bit easier.

Video of the week: The Approximate Present

We love ‘The Approximate Present’ – an exciting graduate project by Filippo Baraccani, inspired and informed by chaos theory and…