By the end of the last blog, I was leaving Honduras, and about to enter the unchartered territory of Nicaragua. We arrived at a place called León, the most volcanic region in Central America. The journey through the border was enjoyable as always, no stamps in the passports to say we’d entered Nicaragua, which we knew would lead to an enjoyable experience when we tried to leave the country at some point. Surprisingly it wasn’t a problem, the chaps at both Nicaraguan and Ecuadorian immigration spent a long time flicking through our passports looking for entry stamps, but upon realising that we didn’t speak Spanish, gave up and let us both through!

As far as sights were concerned, Nicaragua summed up the phrase ‘nothing to write home about.’ We decided to take a taxi to the beach one afternoon; unfortunately the journey took longer than expected due to a number of cows walking down the middle of the road, something that the taxi driver’s TomTom failed to spot. The beach at Ponelaya, just 20km from Leon (or 4 hours by taxi), had some of the biggest surf we’d seen on our trip. We spent most of the afternoon diving head first into the waves, and then were confused the next day why we felt like we´d been ten rounds with Mike Tyson. Next stop in Nicaragua was Granada, a town that is very popular on the gringo trail. We enjoyed Granada, particularly the nightlife and also partook in some sightseeing. One afternoon was spent looking around the centre of the town and did wander into a church but we spotted a sports bar just a stones throw away so decided to have a game of billiards instead. Our penultimate stop in the country saw us venture down to the surf town of San Juan del Sur on the Pacific Ocean. Unfortunately we can’t surf (we hadn’t learnt how to at this point, but just you wait until the next blog!) but still took in some relaxing walks along the beaches and played plenty of table tennis in the hostel. May 23rd will be a day that shall go down in our travelling history as we stayed in a room that had air-conditioning. The room was in a hotel in Managua, Nicaragua’s capital. Unfortunately we arrived late, so didn’t get a chance to look around (except Pizza Hut) as the following morning we had a 4am flight to Guayaquil in Ecuador, so it was just a passing visit.

The flight to Ecuador was costly, not just because of the price of the ticket, but I decided to do the decent thing and put my hand in my pocket and bought Tom a new camera, after I’d drowned his in Utila. (I did try to persuade him that his original camera was still working, but he was adamant that it wasn´t turning on.) Guayaquil was yet another place where character was not at a premium. Luckily we only spent one evening there before flying to the Galapagos Islands!

Islands first class. It almost seemed that no matter how many flamingos or giant tortoises we would see, it wouldn’t really compare to the amount of leg room we enjoyed in those two wondrous hours. Touching down at Baltra, we headed straight to Puerto Ayora, the most populated town on the Islands found on Santa Cruz. We spent the day haggling with tour managers, trying to book places on their boat tours of the Islands. After numerous hours of pigeon Spanish, and pretending to walk away because it was too expensive, we finally booked a five night tour of the Islands, leaving the next evening.  To celebrate our success, we went to the Charles Darwin Research Centre and had a game of cards with one of the giant tortoises. The wildlife on the island was something to behold; everywhere you looked you would see something whether it was land iguanas, geckos, sea lions or women selling ice cream, you were never disappointed!

The boat tour began at an island called San Cristobal, or ‘the capital of paradise’ as it is sometimes known. First morning on the boat saw us attempt a ‘wet landing’, where we left the parent boat at 8am taking speed boats to shore. I imagined it was going to be something similar to the Normandy Landings, but it wasn’t at all. The beach was covered with sea lions who were all quite bad tempered, so we quickly made for the hills and trekked for an hour. Our naturalist tour guide Sammy told us the night before that it would be ‘very rare’ [sic] to see the red footed booby; a bird native to the Galapagos. We saw at least ten! Sammy continued to use this technique over the next four days, telling us it would be ‘very rare’ to see a number of animals, all of which we saw in vast quantities. It was a great technique, and probably would have worked on less intellectual groups. Other memorable moments from the boat trip include snorkelling with sea lions, Galapagos sharks, turtles and eagle rays, as well as seeing albatrosses and flamingos at the island of Santa Fé. Incidentally Tom (travel buddy from day 1, in most photos) is now known as ‘The Flamingo’ due to a number of startling similarities including, skinny legs and pink (sunburnt) bodies. Our final day saw Tom and I attempt to fool Sammy the guide, by spending half an hour making animal prints on the beach leading into the grass land, only for him to immediately say ‘that’s not natural’ when we asked what animal it could be. He clearly knew his stuff. As we returned to port on the final evening, a school of pilot whales went past the boat, a great way to top off an incredible time on the Galapagos Islands!

On that note, it’s time to end yet another lengthy blog! I hope you enjoyed reading it as much as I enjoyed writing it.

The next entry will focus on Peru and maybe Bolivia or Chile; we haven´t decided what route to take yet. Hopefully you´ll notice I look slightly different in my photos as well (obviously browner) but I´ve also dyed my hair blonde. We had a whole day to kill in Guayaquil after we got back from the Galapagos before our bus to Peru…the less said the better. 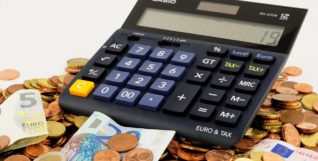 5 Tips To Help You Manage Your Money At Uni

It can be pretty expensive being a student. There are so many expenses to consider, from tuition fees and course materials to accommodation and food… Oh, and a social life of course. 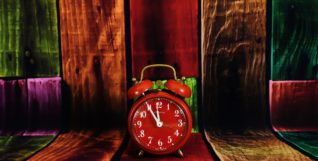 8 Reasons You Really Should Go To That 9AM Lecture

We’ve all been there. You feel like you’ve barely been asleep for 5 minutes and then suddenly your alarm starts ringing. Here are 8 reasons it’s worth dragging yourself out of bed and trekking all the way to campus.

Are you sick of the London gloom and doom? Tired of returning home with wet feet? Finding counting down the…