One Honduras and eighty

Buenos Tardes mis amigos, y welcome to número quarto addition of my blogo! As you can see I’ve now become semi-fluent in Spanish, after only a month on the road.

Continuing from the last blog, we left Belize and pulled up anchor on our minibus and set sail for the promised land of Guatemala, arriving in Flores on 29th April. The reason for travelling to Flores was to see the Maya temples at Tikal deep in the jungle, but due to a three cheese pizza related incident the night before, I was struck down with a mystery cheese related illness and couldn’t make the trip.  The following day I was back to full health and we made the short, 8 hour bus journey to Lanquin. A serious game of ‘would you rather’ took place to help pass the journey, culminating in ‘would you rather, have your face on the back of your head or upside down on the front of your head.’ The jury was out on the bus.

Arriving in Lanquin was like driving through Jurassic Park, plush valleys, incredible wildlife (no velociraptors) and a beautiful river running next to our hostel. The main highlight in Lanquin was our day trip to Semuc Champey, a short trailer ride from the hostel. Here gaining the most ‘lad points’ was the order of the day, jumping off high bridges, tubing on the river, swinging across the river and probably my favourite, a tour of the caves, where you are given a candle and swim through the caves in almost complete darkness, climbing up waterfalls and rope ladders. It was an amazing day and would recommend it to anyone going to Guatemala.

Our final stop in Guatemala was a town called Antigua, a far cry from the rolling valleys of Lanquin, but it did have more of a nightlife to make up for it. We partook in a lot of day to day activities in Antigua, including shopping (buying ‘Guat’s Up?’ t shirts), trying the various restaurants,  and a spot of volcano climbing… The final day was spent hiking up a volcano called Pacaya (2552m) which for which we had purchased marshmallows to toast at the top, only for our tour guide to tell say half way up, that she had erupted 8 months ago and there was no lava. Talk about false advertising. Despite this minor blip, the views were incredible, and our guide seemed to get great enjoyment out of making ‘señor John’ a name he adopted for me, to get into the small holes at the summit of the volcano. It was very amusing for everyone in the group, although I found the holes on the warm side.

The 7th May saw the travellers gain yet another stamp in the passport; this time Honduras! We spent our first night in a town on the east coast called La Ceiba, where the next day we caught the ferry to an island an hour off the coast called Utila. The ferry was a big of struggle; you know it’s going to be a rocky journey when somebody is solely employed to hand out sick bags!

As soon as we walked ashore at Utila we were pounced on by numerous dive instructors, all wanting to sign us up at their various dive centres. Tom and I chose to obtain our open water qualification at ‘Utila Dive Centre’ where the staff were really friendly, everything was incredibly professional with huge emphasis on safety…and they had a bar. So the next four and a half days were spent either in a classroom watching DVDs about how to kill sharks with your bare hands, or in the water trying not to drown or run out of air. By the end of the course people were beginning to ask if I was related to Jacques Cousteau; very complimentary of them.

The evenings on Utila were spent in the various bars all of which had their own charm. Treetanic for example, a bar in tree has taken the owner twenty years to complete. (Ranked number four in Lonely Planet’s 2009 Great Bars of the World.) It makes Wetherspoon’s look pretty terrible. Thursday evening saw one of the guys I’m travelling with turn twenty-four and thus toga fancy dress came out.  Somehow, all the bed sheets in the hostel miraculously disappeared that night. We all agreed the evening was fantastic until midnight struck and Friday 13th began to work its wicked way. One iPhone and two cameras were lost to the ocean, one of which I was partly responsible for… Overall the night cost approximately £800.

Our final day on Utila saw us diving more, this time doing an ‘adventure dive’ going down to thirty metres to see a wreck. It was a fantastic experience, but even four days later I’m still partially deaf in one ear. We took aptly nicknamed ‘vomit comet’ back from Utila on 15th May, and later that day decided to go white water rafting in La Ceiba.  Beforehand we went trekking and swimming before climbing up a ten metre rock to jump off it. I’ve officially removed climbing from my Facebook activities after my struggle to get up there (I blame my shoes). The eleven year old, nine stone Honduran child was really struggling by the end to pull me up. Rafting was good for the adrenaline, and I’d recommend it to anyone who has the chance to go.

Well that concludes another blog entry, currently on the bus to Nicaragua, where we’re staying for a week before flying down to Ecuador and the Galapagos Islands, where the South American adventure begins! 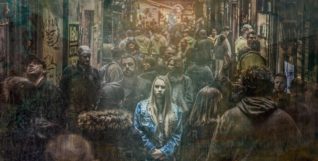 How To Tackle Loneliness At University

Nearly half of university students in the UK describe themselves as being lonely during term time, compared to just 32% globally. 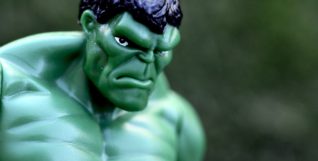 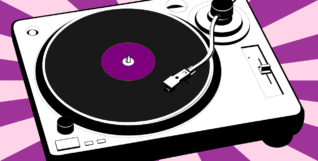 A Degree In Drinking: Ways To Save Money On A Night Out

Partying like there’s no 9am lecture can be the best thing about being at university. But with drinks getting more expensive, students need to get spending savvy.