“A journey of a thousand miles must begin with a single step.”

I’m Jonny, 22 years of age.  An administrator at an Independent Financial Adviser by day, but tomorrow, 7th April 2011 at approximately 16:15, I will drive out of the car park for the last time as I follow in the footsteps of Columbus, setting sail for the Americas.

(Columbus is just a metaphor though, I won’t be taking the Santa Maria [which ran aground off Haiti on Christmas Day 1492] or any other galleon. Instead, I’ve decided to go for the tried and tested aeroplane, far more practical.)

If you’re not following me so far, I’m going travelling. So the purpose of my blog won’t be to prepare you for the role of an account executive or how to survive if you get stuck in a lift on the way to an interview, but you will have the pleasure of reading about my journey through Latin America.

So, a little bit more about me. I studied history at Liverpool University (hence the Christopher Columbus reference), and last year completed an MSc at the University of Manchester. Over the past ten months I’ve worked at a local financial advisers, which has been really enjoyable, has given me valuable experience and taught me numerous skills required in the work place…I’m a demon on Excel. However, the plan has always been to go travelling at some point this year and with cabin fever setting in at home three weeks after returning from university, I thought it was about time that I got on the malaria tablets & hablar un poco Español.

The plan is to update my blog as much as possible –adopting a ‘short and sweet’ approach. It’ll hopefully give you a nice idea of where I am geographically, as well as emotionally/mentally, with later blogs giving you an insight into how I’m preparing myself for the return to Blighty, and the impending return to the coal face.

So the first stop is New York on 13th April. Off to buy some travel insurance now. Flying with one of Iceland’s top five airlines, so it’s probably a wise investment…

Also if you want to boost my ego, you could follow me on twitter as well. At the moment Justin Bieber is just pipping me on followers. @therealjonnyl for hilarious travel updates #dontgetyourhopesup. 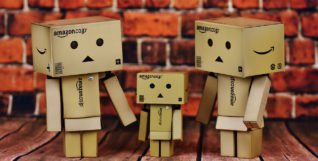 4 Ways To Survive Living With Your Parents

So you finally graduated from university. You’re, like, totes ready to set off into the big wide world all on your own. Except… you’ve had to move back in with your parents again. 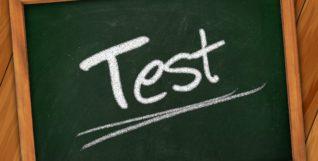 9 Tips for Acing Your Uni Exams

Whatever fate the exam gods have for you, follow this simple survival kit to make it to the other side of exam hell.

University life is tough. One minute you’re out having freshers fun with your new friends, and the next? You’re having…