They think itâ€™s all over â€“ think again!

Itâ€™s fair to say there was a strong feeling of apprehension in the air travelling to work yesterday. Groups of parents quietly muttered expectations together on the regular commute, the headline of the daily freebie spoke of record results, and parades of nervously giggling young people â€“ something of an unusual sight at that early time after weeks of summer holiday – indicated which day it was: results day.

And yet this year everybodyâ€™s concern wasnâ€™t necessarily about what grades they got. For weeks the headlines had reiterated the same gloomy forecast for this yearâ€™s school leavers hoping to go to uni: that there are too many applicants and not enough places. With multi-million pound cuts leaving universities particularly feeling the sting, and student applications ever rising – a said result of heightened media emphasis on the necessity of having a degree mixed in with the effect of recession scare mongers crying about the lack of any employment opportunities right now – the future looked bleak for a generation where even hard work and good grades couldnâ€™t save them from an already pre- determined fate.

The final published statistics said it all. A record 97.6% of students passed their exams, 27% of which acquired an A and one in 12 scored the new, media hyped A* grade. With such consistent high achievers there is no longer an obvious divide between those bound for academic greatness, and those who face a different (and often just as successful) route to their future careers. Instead, a top-end scramble for the 200,000 of those who didnâ€™t quite achieve their predicted results (including notably a large number of brighter school-leavers who just missed out on achieving a set of ambitious grades) is occurring through clearing. Some â€“ the lucky ones – will claw back a last chance second place option. The rest will leave empty-handed, disheartened and dejected by a system that has let them down, and often, with no back-up plan.

Go abroad for a degree the headlines shouted today at the crestfallen. Â Take a gap year, go travelling, do an apprenticeship, enrol on a college course. Certainly it is a bewildering time for those whose aspirations were focused on being achieved via a university experience to suddenly have to rethink their strategy. Yet, however great the initial disappointment, and however patronising the media , they do have a point. A pro-active attitude to what could now be a new beginning (especially for those believers of everything happening for a reasonâ€¦) is the only way to get through such grim times. After a summer of post-exam relaxation and fun it really is time to get off the sofa and get practical.

And by practical we mean making it count. It is time, as John Guy said in a recent Guardian article, â€œto be selfish and think about what would help your career most in the next five years.â€ A year out shouldnâ€™t be viewed as a waste, but instead as an invaluable opportunity to not only get some life experience, but to also enjoy the luxury of time – away from the professional and peer pressure – to truly consider what to do in life and which career path to take.

Of course, just considering is often still not enough. How is anyone expected to know what they want to do when the options are things they have never done before? One of the main problems today is that a lot of life-affecting decisions are being made on assumption. As law graduate Ben found out, choosing a degree in something you think sounds good doesnâ€™t always work out; â€œI hadnâ€™t had any previous experience in Law before choosing to study it,â€ he explains, â€œbut had always liked the idea of becoming a barrister one day from what I had seen on the TV. I had no idea how boring it was going to be and by the end of my three years knew that law was the last thing I wanted to do. I wish now I had done some work experience or an internship beforehand to give me some better direction on what to do with my life.â€

Internships are always a great option â€“ the value of work experience should never be underrated. Not only will an internship allow a proper, lengthy working insight into a particular job sector (rather than just the kettle boiling insight of a work experience kid…) but also, unlike with most work experience placements, they will pay travel and lunch expenses, meaning that there is nothing to lose via the experience, just lots to gain. Plus, in the midst of the current university administrative chaos, more companies are coming round to the concept of taking on interns of all different academic backgrounds â€“ not just university graduates â€“ meaning that finally the opportunity really is getting there for everyone.

Though for some it may seem like a huge defeat to have to wait another year, the professional and personal development that can be achieved during that time (not to mention all those extra points on the CV) can more than make up for it. A portfolio of working experience will not only heighten any candidateâ€™s credentials, but also assist a far more informed decision of where to go and what to do next, and hopefully – if the perfect job has been discovered – drive the motivation to succeed in achieving the realised goal. Recent statistics have even shown that students who take a gap year often achieve better academically than those who go straight onto university â€“ so donâ€™t write off the year just yet.

Hopefully for those who did miss out on the grades, the potential that can be achieved during a year out will be realised, and rather than disappointment, a sense of new beginnings will join me on todayâ€™s trip home.

Inspiring Interns is a recruitment agency that place students and graduates in internships with a view to full-time employment. Â  See http://www.inspiringinterns.com for all the latest news and vacancies.

How to get a job in a tech start-up

You know everything your well-meaning careers officer at uni told you about applications? Yeah, forget that. Careers departments are good… 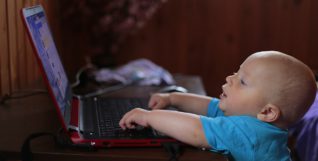 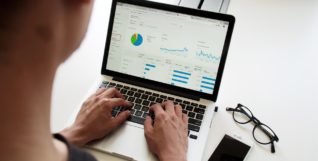 My name is Ella and I am the Marketing Manager here at Inspiring Interns. I am responsible for the marketing…